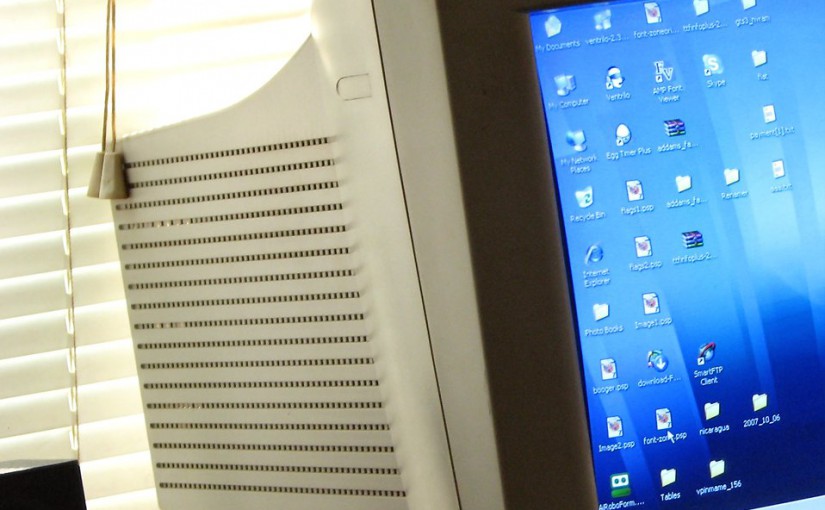 There is no clear reason to choose either desktop or notebook format. Rather, it depends on who will be using the machine and specifically what is needed from it. The following factors END_OF_DOCUMENT_TOKEN_TO_BE_REPLACED

A little over a year ago, Microsoft ‘blessed’ us with the latest and greatest incarnation of Windows. Many of us rushed out to acquire this fantastic new phenomenon, and were subsequently severely under-whelmed.

The new tiles interface seemed a boon on tablets and touch-screen devices, but users with traditional screens and mice become completely lost when it came to figuring out how to perform simple functions.

Since the advent of the START button in August 1995, we have become very accustomed over the intervening 18 years to how to get Windows to do what we need, and now it’s taken away, we in most cases felt completely alienated. While Microsoft needs to continue to innovate, in this case, it brought them far less sales than more.
Fortunately, Microsoft relented a year later and gave us back a START button – offering Windows 8.1 as a completely free upgrade to those poor souls who had purchased V8 – and by doing returned some familiarity to log-suffering users.
But what of the business world? Far more conservative in approach than home/personal users, and with the need to have users remain productive and useful in using their corporate IT assets, most corporates continue to purchase Windows 7 machines – which the various distributors continue to stock for this purpose ‘downgraded’ from Windows 8. However, this intermediate situation is fast approaching it’s finale, and corporate users will be either forced to accommodate Windows 8 in their environments, or pursue continuing downgrade-ability through volume licensing schemes – a short term strategy that will only postpone the inevitable.

With the final demise of Windows XP earlier this month – and which still sees significant use, corporate purchasers will need to be deciding how and what to replace aging machines with to ensure productivity and effectiveness does not suffer. Can Windows 8.1 offer this?

In our opinion, the answer is a qualified ‘YES’. Under the hood, Windows has not really changed since Windows 2000 was released. Indeed, we have seen almost zero compatibility issues since we started testing Windows 8/8.1 over a year ago. The same cannot be said for the latest versions of MS-Office or Internet Explorer).

On the surface, new interfaces, tiles – or ‘Charms’ – now and a focus on touch-screen devices mean we might go about launching the productivity applications we need a little differently, but once there, they work just the same. Most users will make the transition reasonably quickly – at worst needing perhaps 20 minutes instruction on the key interface differences. Looking back, the introduction to Windows Vista (actually considered Windows 7 Pre-release – see A Short History of Windows) was a hurdle for most organizations, but full Windows 7 offered no such barrier, and we envisage a similar reluctance, followed by adoption, of Windows 8.1.

Considering the age of Windows 7 now, plus the end-of-life and support as of last month for aged but still good Windows XP, we believe organisations should serisusly consider Windows 8.1 a viable replacement for any remaing XP systems.

So what do you think? Changes, and particularly those involving new technology, can be a particularly trying time for organizations, and I’d like to invite you to share your thoughts on this change, and perhaps your organisation’s plans for the next round of PC replacements.